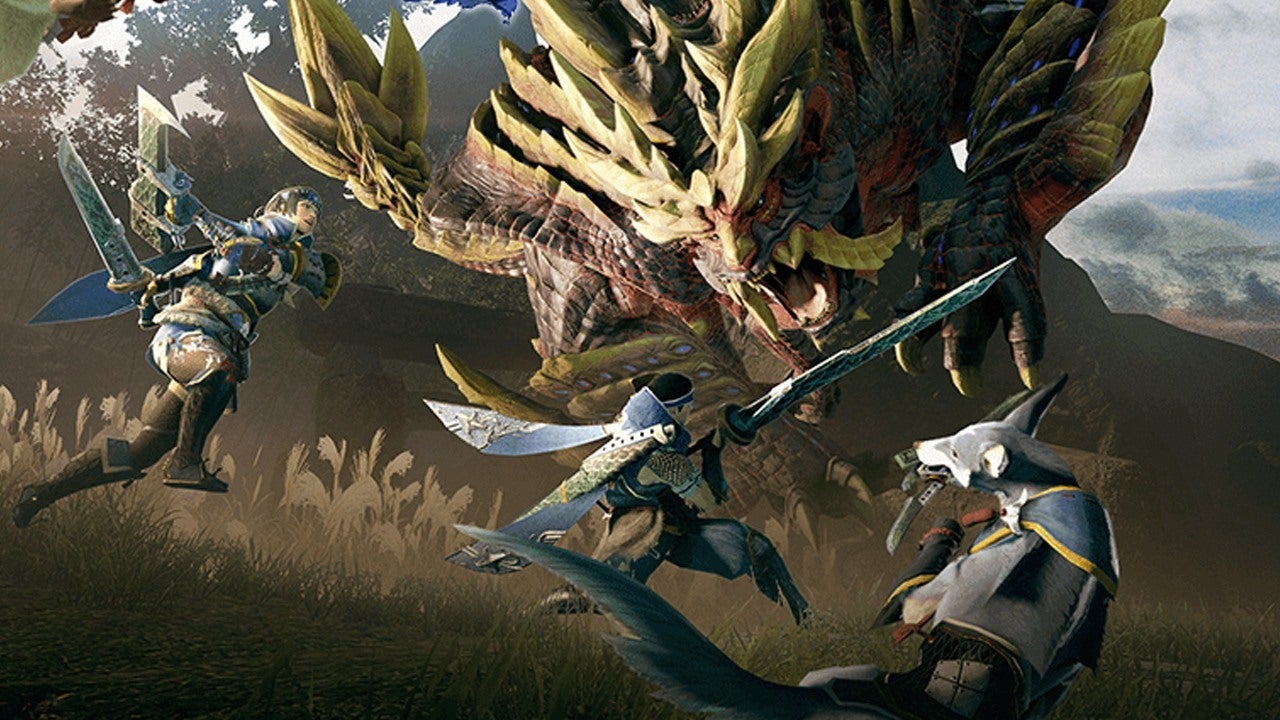 Gameplay showed a Dual Blade-using player taking on a two-star quest to slay a Tetranadon, the platypus-like new beast introduced in the game’s announcement. After fighting it for some time, we also saw an Arzuros enter the fray, showing how the game’s open areas allow for unexpected extra monsters to interrupt your quest, and perhaps even cause fights between monsters.

We also saw a non-boss creature based on Japanese tanuki, described as something like a mascot character. Like Monster Hunter World, the open areas also include endemic insect life, which can offer health boosts and buffs along the way to your prey.

We got a good look at the game’s new free-form movement, using a combination of jumps and the new Wirebug ability to climb buildings and even mountains. The Wirebug can be used twice in succession before needing a cooldown, although wild Wirebugs can be collected to extend the number of uses you have in the current quest. The new potential for exploration means Capcom has hidden gathering points and other areas of interest among the maps.

In combat, the Wirebug can be used as a means of adding mobility, but it can also be used specifically as a counter-attack ability. It’s designed as a way to simultaneously offer new attacks and evasion opportunities.

We also saw the player riding the new Palamute companion – you can either jump onto its back, or hold the A button to climb on. They can also be asked to sit or shake hands. Like the player character, Palamutes can jump and climb, increasing your potential for exploration. They come with a health bar, but can never die in combat, similarly to the previous games’ Palicoes. While riding a Palamute, players can use items without stopping or having to use stamina.

Producer Ryozo Tsujimoto explained that these new features are additions to the existing Monster Hunter formula, rather than a new structure for the game – and made clear that experienced players will be able to approach combat exactly as they’d expect to in previous games and still be able to succeed. The additions are designed to accentuate classic Monster Hunter play, not replace it.

Monster Hunter Rise will be released for Nintendo Switch on March 26, 2021.

Upcoming Leonardo DiCaprio Movies: What The Once Upon A Time In Hollywood Star Is Doing Next