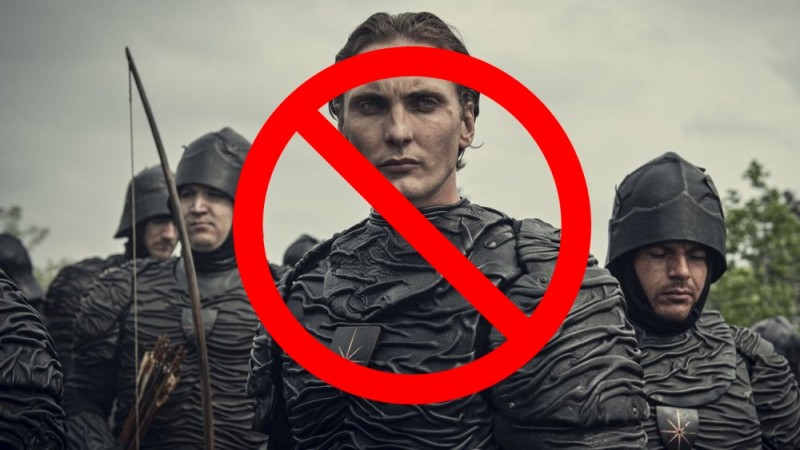 Netflix’s The Witcher season one did a lot of things right but one of the features that the company got absolutely wrong was that awful-looking Nilfgaardian armor. Luckily, season two offers a second chance and the latest season two set picture shows off a much-improved armor for this particular army.

The original armor in season one was awful and was often likened to some NSFW comparisons, but more than that a lot of The Witcher fans were used to see the armor represented in CD Projekt RED’s game adaptation. The show is based on the books, the books that inspired the game series, which means that some creative differences were to be expected. This creative difference, however, was pretty universally hated. Luckily, the new armor looks amazing:

The above image, courtesy of Redanian Intelligence and photographer Terry Blackburn, shows off Fringilla Vigo’s new look, which shows off a much more dignified armor appearance and one that will be more agreeable for those that can’t look past the games.

Netflix’s The Witcher season two is back in full production following a few COVID-related hiccups with the cast and crew back in action. For those ready to dive into a new season, below is the official synopsis for the road ahead:

Based on the best-selling fantasy series of books, The Witcher is an epic tale of fate and family. Geralt of Rivia, a solitary monster hunter, struggles to find his place in a world where people often prove more wicked than beasts,” Netflix said. “But when destiny hurtles him toward a powerful sorceress, and a young princess with a dangerous secret, the three must learn to navigate the increasingly volatile Continent together.

With an even darker story and a few learned lessons from season one, season two is poised to be an exciting next step for the popular fantasy show. What are you most excited to see out of Netflix’s The Witcher season two? Toss your comment to the section below and tell us what you think!