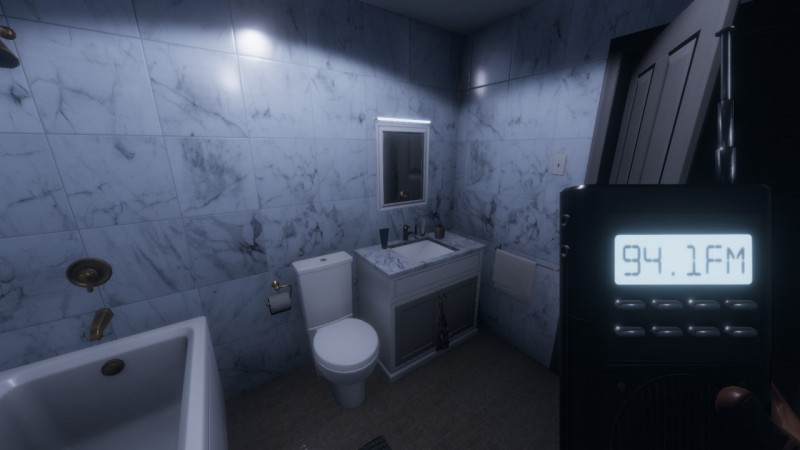 It’s October and from the moment it hit the first of the month, we’ve been officially in Halloween mode. Whether you’re looking for a new horror adventure to play for yourself or looking for one that’s great for streaming, Phasmophobia is a fine pick for the month of spooks.

If the game name sounds familiar, you may have heard about it from this past weekend where this horror adventure skyrocketed to Twitch fame with averaging a viewership of over 100,000 concurrently. While that number has dipped a little bit now that the workweek has started, it’s still a vibrant and active hub over on Twitch and for good reason.

It’s important to note that Phasmophobia is an Early Access title on Steam, so bugs? You’re going to run into them. Its graphics aren’t the greatest and the mechanics can go from good to “what the heck just happened” really quick, but still? It’s stupidly addictive and a large part of that is because of how this game sets up for playing with friends.

Phasmophobia is a psychological horror journey from Kinetic Games that allows for four friends to play together in order to become the best of the best in the paranormal investigations community. Starting out this adventure, players will find themselves in various haunted locations and it’s there where they will be forced to uncover clues, while using the latest and greatest in ghost hunting equipment, in order to see beyond normalcy and into the realm of the afterlife.

What makes this game particularly special when looking for something that’s good for chat whilst streaming is its role selection. One team member can be a bit safer by providing monitoring support from a set location with CCTV cameras, while the remaining ghost hunters venture out into the fray. A bit of a slow burn, Phasmophobia is a steadily creeping horror experience, meaning it gets increasingly more hostile and dangerous as time goes by.

Whether playing as a monitoring role or taking on the more adventurous assignment, both selections provide optimimal entertainment both personally and on a streaming scale. If streaming, your chat will be yelling at you to look for a clue you may have missed, or they’ll laugh at that inevitable jump scare (as seen below); it’s the perfect title to enjoy for the sake of enjoyment while also helping to boost those engagement numbers a bit.

If you’re like me and are just looking for something to play this Halloween, especially with many areas still in quarantine, it’s just a genuinely phenomenal experience. It’s not groundbreaking or super revolutionary, but it feels organic and is a really fun adventure to tackle with friends. It’s also safe for those that are worried about wanting to do something festive for October without breaking safety protocols for those wanting to adhere CDC recommendations.

With audio tracks designed to be completely realistic to over 10 types of ghosts to encounter, Phasmophobio is a gem. Even better? It’s crossplay in terms of VR, so play this game up close and personal in virtual reality, or play with your more daring friends at a safe mouse and keyboard distance. Totally up to you, we’re not here to judge.

Phasmophobia is available now on Steam as an Early Access title.