Rating: Everyone 10+
Reviewed on: Switch 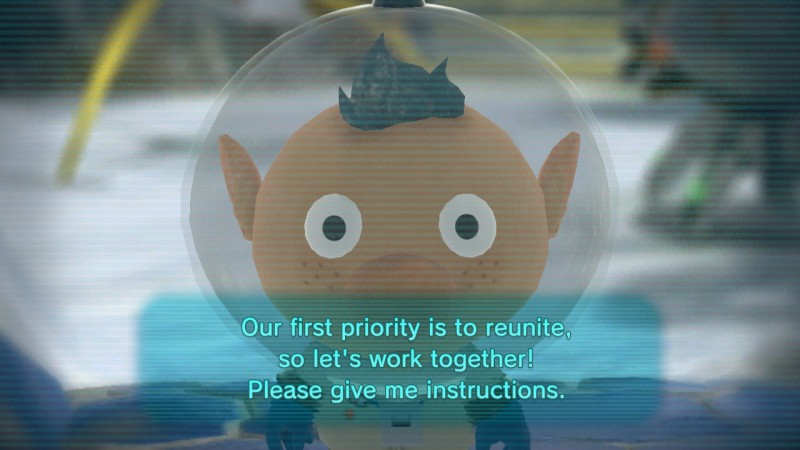 Words like “cute,” “adorable,” and “tiny” are conversational touchstones when it comes to Pikmin, but I offer an alternative: “Overwhelming.” The entire point of the series comes down to that concept. You defeat enemies by commanding swarms of the titular creatures who pummel giant bugs and other pests with their tiny fists until the foes are vanquished. You face multiple (and often competing) tasks, which must be prioritized and managed as the daylight relentlessly fades. Pikmin 3 added another juggling element when it first released on Wii U in 2013, giving players alternating control of three different diminutive astronauts. Leave one idle, and you’re wasting precious time and resources. Moving between all of these things competing for your attention can make you feel like every plate is just a few spins away from crashing to the floor – but it’s a good kind of overwhelming, to be clear. Pikmin 3 Deluxe doesn’t overhaul objectives or streamline tasks, but it gives you the opportunity to add a co-pilot along for the campaign, which lets you focus more on coordination and less on fussy micromanagement.

If you didn’t play the original version, Pikmin 3 Deluxe is largely the same game when you tackle it solo. As a member of an alien crew, you’re responsible for saving your home planet by scouring the Earth-like planet PNF-404 for fruit and other edibles. Thanks to their diminutive size, an orange provides a bounty of juice that can sustain the trio for days. They’re so small, however, that moving that kind of prize back to their ship would be an impossible task, even if all three of them pitched in. That’s where the Pikmin come in. These friendly critters are happy to carry objects around, uncover shortcuts across the levels, and fight comparatively gargantuan beasts on your behalf.

Pikmin are split across a variety of colors, with each type providing special abilities. Pink ones can fly across streams and ponds, while blue ones can dive right in. Try that with one of the other varieties, such as the shockproof yellow ones, and you end up with a team of drowning victims. Fortunately, their numbers can be replaced by converting the corpses of defeated foes into new Pikmin seeds. It’s pretty grim stuff if you take the time to consider what’s happening, so the less you think about it all the better. You’re introduced to new types as you progress through the campaign, and you’re incentivized to revisit the handful of maps with Pikmin who can get you through previously impassible barriers.

The campaign was a lot of fun in its original form, thanks in no small measure to its frantic nature. Once you reunite your crew, successfully maneuvering through the day requires a fair measure of planning. Some areas can only be reached by tossing a crewmate across a gap or otherwise splitting up. The dedicated map (which was on the Wii U touchscreen) is gone from the deluxe edition, but the addition of co-op throughout the campaign is a worthy exchange. It breathes new life into the game, making some of the most strenuous challenges much more manageable.

Another player can jump in at any time via split-screen co-op. Each player has free rein (or whistle) to enlist Pikmin and explore the map for fruit and other elements. That cooperative framework was already in place originally, but through A.I. companions or multiplayer side missions. In Deluxe, it’s easier than ever to coordinate goals for an in-game day and find efficient ways to accomplish them. A bridge needs to be constructed? I can focus on that element with my little group as my teammate aims their attention on scouring the area for hidden fruit. Functionally, it is the same process before, but being able to simply talk to another person and come up with plans together or react on the fly is more engaging than I would have guessed.

In addition to the campaign, you can spend some time with a variety of different side missions. Most of those are from the original release or its DLC, but there’s also a new string of missions that show what a pair of other explorers, Olimar and Louie, got up to after the events of the story. It’s a pretty slight addition, but I enjoyed mastering each set of challenges (with a helper) to unlock platinum medals in each one. I also liked seeing a few twists on the mission types and even a small tweak or two to familiar maps. Seeing a stream I’ve crossed dozens of times drained wasn’t mind-blowing by any stretch, but it was a nice change of pace.

Pikmin 3 was one of my favorite Wii U games, which isn’t meant to be faint praise it sounds like. Thanks to Pikmin 3 Deluxe, players who didn’t get around to checking it out in its original form have a chance to do so on the Switch. And better yet, they’re getting a version that lives up to its potential as a game to bring people together – even if it’s just to move tangerines and grapes around. 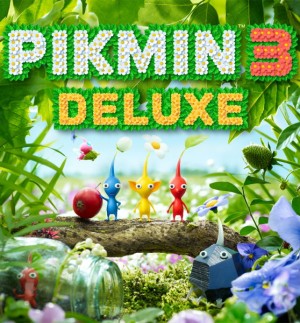 Summary: With the deluxe edition, Pikmin 3 lives up to its potential as a game to bring people together – even if it’s just to move tangerines and grapes around.

Graphics: The delightful blend of realistic environments and objects and cartoonish characters is great, whether you’re playing on your TV or in handheld mode

Sound: The pleasant tunes mostly hang around in the background, becoming more urgent when enemies are close by. The squeals of dying Pikmin haven’t lost their power to make me feel horrible

Playability: Losing the Wii U’s dedicated screen makes it less convenient to manage multiple characters playing solo, but the ability to bring another player along for the ride is a worthy tradeoff

Entertainment: Pikmin 3’s blend of strategic action and exploration is as captivating as ever, whether this is your maiden voyage or a return flight