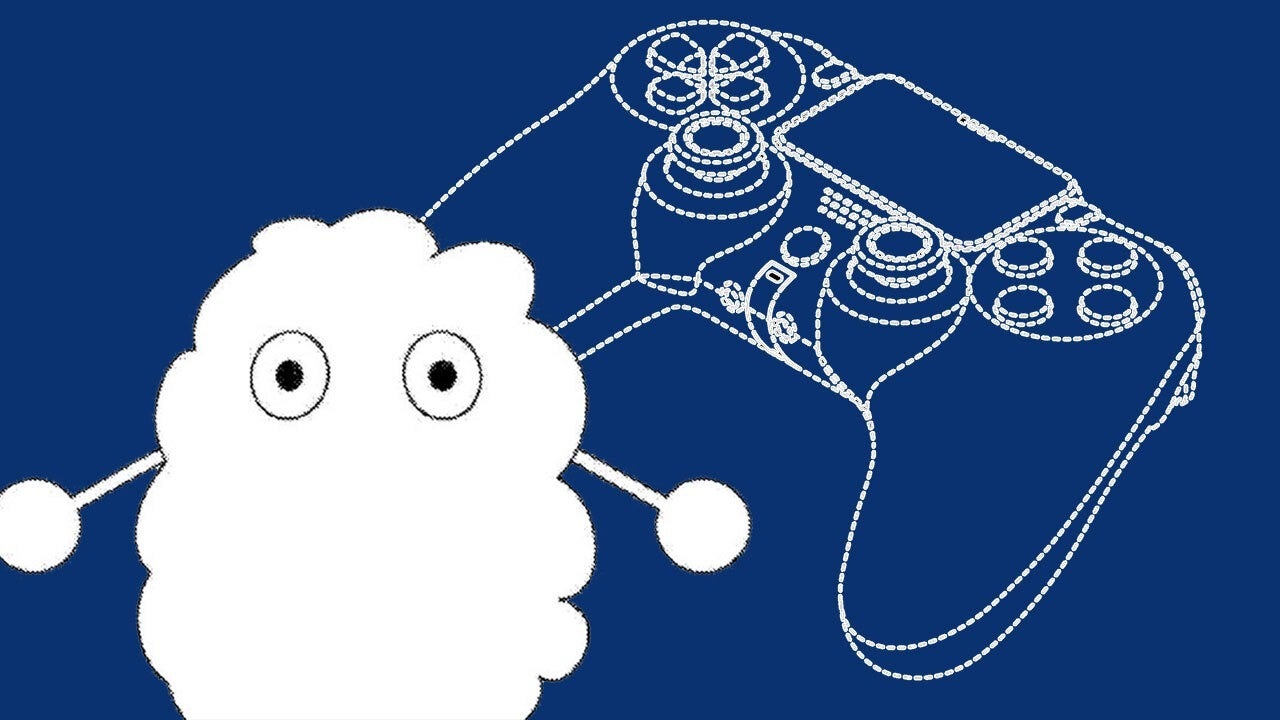 While Sony was especially tight-lipped about the PS5 until recent months, fans spent the last few years digging deep into the internet and uncovering the next best thing to official announcements: patent filings. While they don’t always come to fruition, the information found in patent filings steps beyond speculation and into the realm of legitimacy — they come straight from the console manufacturer, after all, and imply some level of time and resource investment from Sony.

Several patents were filed in the years leading up to PS5 that gave console enthusiasts plenty to chew on, ranging from conventional tech like the DualSense design to more outlandish ideas like an emotionally intelligent, robotic gaming buddy.

Now, with a much clearer picture of Sony’s PS5 plans, we’re revisiting 11 such filings to see which ideas have been realized and which have yet to come to pass.

Sony’s patent for a robot companion capable of tracking a player’s emotional state was filed in 2018. The “human-type pet-type” robot (which, what does that even mean? Is it a pet that looks like a human, or does it look like a pet but have human intelligence? Sony is really getting close to the Malcolm Horizon here) would communicate empathy through an “interactive function to talk with the user” or possibly through autonomous movement thanks to an internal motor. It would also be capable of acting as Player 2, as “the opponent team of a baseball game,” per Sony’s example.

Further, the robot would potentially be capable of turning off its empathy simulation and “react[ing] against the user” when it “feels unpopular.” This could be the result of telling it to “be quiet,” kicking it, or not charging it in a timely manner.

While the concept is bizarre, there is a practical reason Sony would explore such a technology: improved user engagement. According to the filing, Sony expects a shared viewing experience — yes, even with a robot — would enhance “motivation for playing a game.”

This technology is seemingly still in the conceptual phase — where it belongs.

Modifying Gameplay Based on Biofeedback

Another patent filed by Sony in 2018 details a “sensing apparatus and method” that would theoretically attach to controller grips — or, as the filing suggests, be placed over “commonly-used buttons” — and collect biofeedback such as a user’s heart rate or how much they’re sweating. The system would then “modify [the] user experience” based on the collected data.

The patent details several interesting ways that this could be used in games, including decreasing the number of enemies when a user becomes too frightened in a horror game (or increasing enemy counts when the player is “not experiencing emotional arousal”) or creating moments of passive player choice – for instance, a character might enter a fight or flight situation and react based on the player’s biofeedback info.

The PS5’s DualSense controller does not allow for the collection of biofeedback, and Sony has yet to announce a peripheral that does. The filing mentions an increased desire for immersion in games, specifically referencing head-mountable displays (i.e. VR headsets), so if this ever comes to fruition, it could be as a peripheral for PSVR.

This patent for an AI tool details technology that would use player data to provide in-game guidance for specific objectives. The AI would process your data alongside that of other players who previously completed whichever part of the game you’re stuck on, then present you with resources used by successful players to complete that specific objective.

In Sony’s PS5 UI reveal video, the company seemingly confirmed the AI tool detailed above, though it’s unclear if the hints are being generated by other users – like the notes system in Dark Souls or Bloodborne – or the developers themselves. Sony says it will be implemented in “some PS5 games,” though accessing it will require an active PS Plus subscription. The game help system detailed by Sony allows players to receive objective-based hints right from “the PS5 Control Center”, in the forms of written clues, screenshots, and videos.

This patent filing details “scene tagging,” a system that automatically generates metadata  — “where the recording or screenshot was taken, who was included… and what objects are found” — for user-created gameplay videos and screenshots. The system would improve the PS5’s search functionality around user-generated content and theoretically “allow viewers to experience the same events that were recorded.” The patent also details a way in which players could “race against the ‘ghost’” of the user who uploaded the gameplay.

The PS5 UI reveal video did, however, show off a new feature called Activities that allows players to jump into specific gameplay modes or events. While the demonstrated Activity in Sackboy: A Big Adventure was presumably created by the developer, it’s not a massive leap to imagine a future in which Activities could be created based on user-generated content. This could be how Sony plans to let players “experience the same events” that others record, but for now, this feature remains unconfirmed.

Sony filed a patent for a new controller design in March 2019, which was approved later that year. The patent drawings showed a controller that looked similar to the DualShock 4.

The drawings submitted with the patent were confirmed to be accurate when Sony officially unveiled its official PS5 controller, the DualSense, a year later.

Filed in February 2020, this patent details a way for PlayStation accessories — DualSense, DualShock, Move Motion controllers, PSVR, etc. — to detect specific users based on controller position, orientation, or other data. The system would then prompt that player to sign into their profile.

This technology has not been announced by Sony and, barring a last-minute announcement, won’t be built into the DualSense at launch.

The oldest patent on the list, filed back in 2012, details a “system and method… for dynamically loading game software for smooth game play.” The system would essentially identify a load boundary within a game environment, then track player movement so that it knew when that boundary was near. At that point, it would load the next environment into a “standby” memory module to create a seamless transition once the boundary is crossed, effectively eliminating the need for “hidden” loading areas like Mass Effect’s elevators or Tomb Raider’s narrow passages.

Speedy loading times are one of Sony’s major selling points for PS5. Lead system architect Mark Cerny previously detailed how PS5’s SSD allows for significantly reduced loading times for next-gen games, though he made no mention of the methodology detailed above. It’s possible that the speed at which the PS5 SSD can load data — “roughly 100 times faster” than PS4’s HDD, according to Cerny — rendered the now eight-year-old idea redundant.

AI That Takes Over When a Multiplayer Opponent Quits

This patent details an emulation system that would allow AI to step in for players who quit multiplayer games in the middle of a match. The technology would go so far as to try and replicate the playstyle of the player who quit, according to the filing.

Sony has yet to announce any such feature for the PlayStation 5 or PlayStation Network. Some games already have similar systems in place, such as Forza’s Drivatars on Xbox.

Sony provided a potential first-look at the PS5 UI through a patent filed in 2017. The patent drawings showed a PS4-like interface that breaks content down into subdivisions for games, internet, music, and more.

Sony recently revealed the official PS5 UI, and while the general layout is similar, it’s decidedly different from what was detailed in the patent. Game tiles in the patent filing, for example, displayed game-specific stats, hints, and videos; in the actual UI, game tiles show Trophy progress, Activities, and game-related news.

However, it does share one noteworthy similarity: games and media are broken up into separate sections within the UI, as suggested in the patent.

Also in 2017, Sony filed a patent that would allow PS4, PS3, and PS Vita games to run on new hardware, regardless of the architectural differences between systems. While the filing makes no reference to a specific console, “new hardware” was presumed to mean Sony’s next-gen console, now known to be the PlayStation 5.

Sony has announced PS5 will be backward compatible with the vast majority of PS4 games, though it won’t have support for PS3 or PS Vita titles, as suggested in the patent.

Sony also explored ways to make past generations of PlayStation games backward compatible via cloud streaming, according to a patent filing. “These games can be run on a virtual machine that mimics the operating system associated with each game console,” a translation of the filing reads.

The PS5 is not launching with cloud-based emulation for PS3, PS2, or PS1 games, though the technology may surface in the future — perhaps as part of Sony’s existing cloud-gaming service, PlayStation Now.

The PS5 will be released on November 12 in the U.S., Japan, Canada, Australia, New Zealand, Mexico, and South Korea; it’ll come to all other territories a week later, on November 19.

For more on Sony’s next-gen console, including the PS5 launch lineup and how it compares to Xbox Series X, head over to IGN’s official PS5 wiki.

Jordan is a freelance writer for IGN.

Wed Oct 28 , 2020
After writer Anna Todd reflects to CinemaBlend about one aspect about the series that she would have done differently in retrospect. Source link