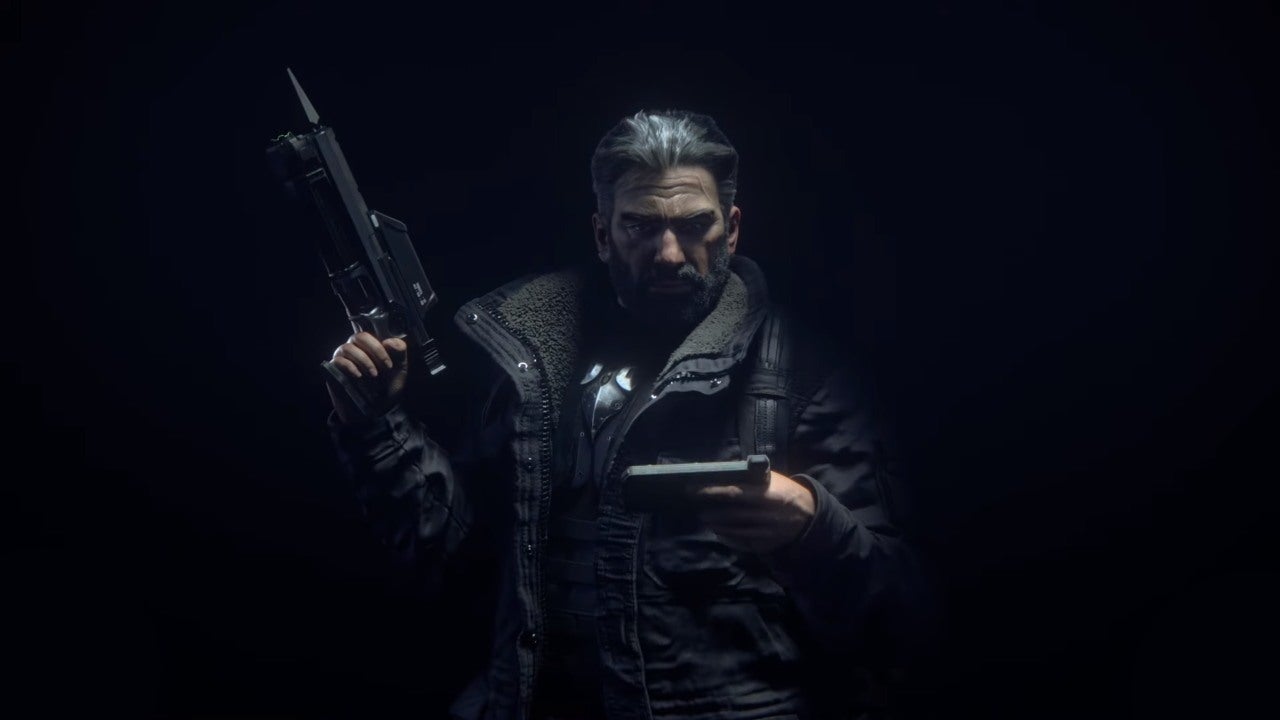 Sam Fisher is back. But like every one of his appearances since 2013’s Splinter Cell: Blacklist, it’s not in the form his dedicated fans want. Sadly, Shadow Legacy is not a new stealth game. It is, though, the next feature-packed Rainbow Six Siege operation, in which Fisher stars as the latest playable operator in the Clancy-verse’s most elite anti-terrorism unit.

While you won’t find Siege’s latest medium speed/armour attacker hanging from ceiling pipes or methodically shooting out every lightbulb in the building, this version of Agent Fisher does hold true to the spirit of Splinter Cell. Much like in his own games, Fisher – who these days goes by the codename Zero – is all about intelligence gathering. In his solo adventures, he’d use a fibre optic camera to look under doors and scope out enemies in the next room. But for Siege, that ability has been beefed up: now he can fire a spy camera through walls.

The ARGUS launcher is a pistol-like gadget loaded with four cameras that can be fired over reasonably long ranges. When they strike a surface they anchor in place and provide a green-filtered camera feed of the other side of where it’s deployed. Fire it into a wall and you can see what’s in the adjacent room. Fire into the floor and you can see what’s going on in the space below. This works on both soft cover and reinforced walls, meaning you can get vision inside even the most heavily secured defender sites.

Furthermore, the camera rotates, allowing you vision on both sides of the deploy surface. It means that, once you’ve scouted ahead and eliminated everyone in a room, you can rotate the camera back to face the direction it was fired from and use it to watch out for an enemy counter attack. (In the case of Siege’s rare indestructible surfaces, the camera attaches but cannot bury through to provide vision on both sides. This turns the gadget into something akin to a Valkyrie Black Eye for attackers.)

As a final little bonus: the camera is armed with a single-use laser beam, meaning it’s got a smidge of Thatcher in it. Has a Jäger got a site entrance locked down with an ADS? Just fire a camera into one of that room’s walls and shoot it out. Be careful to not fire anywhere within the ADS’s range, though: an ARGUS camera is considered a projectile, and so will be caught out by anything that’s anti-grenade. They’re also vulnerable to any of the usual electronic counters, so don’t shoot it into a Bandit trapped wall or by a Mute jammer.

[poilib element=”quoteBox” parameters=”excerpt=This%20version%20of%20Agent%20Fisher%20does%20hold%20true%20to%20the%20spirit%20of%20Splinter%20Cell.”]Zero’s entire tool kit is a nostalgia trip for any Splinter Cell fan. When an ARGUS camera anchors in place there’s the whine sound effect, which is sure to elicit a few tingles. The launcher itself has the moulded, green-lensed scope you’d expect from Third Echelon equipment. And then there’s the guns. For a sidearm, it’s the 5.7 USG, custom fitted with a silencer, just like Fisher’s always used. But the primary gun is the star of the show: the SC3000K, Fisher’s iconic assault rifle, and a rare new weapon for Siege.

It doesn’t fire sticky shockers or ring airfoil rounds like its modular predecessor, but this bullpup rifle does feel great to fire, and can be outfitted with one of five different sight attachments: the red dot, holographic, reflex, and the new 1.5x and 2.0x scope options. Yes, no ACOG, but that’s because the ACOG is… gone. Well, sort of. Siege now has multiple scopes, available for both attackers and defenders, that replace the single ACOG option. 2.5x magnification is still available for some guns, but you can now slap a 3.0x on your DMRs, or the 1.5x if you need something a touch more zoomed than the standard non-magnifying sights on your SMG.

Those scopes are likely to be the most useful moment-to-moment addition to Siege, but Shadow Legacy also comes with what may low-key be the biggest shakeup in the game’s history: the Hard Breach Charge utility gadget. Available to eight attackers – Montagne, Fuze, Capitao, Ying, Lion, Finka, Nokk, and Amaru – it’s a half-size hard breach device that blows a vault or crouch-sized hole through reinforcements. You only get one, but it means an entire team can have sizable hard breach capabilities without bringing along a dedicated breaching operator. That’s going to be a fascinating impact on the meta and may drive tactical innovation both on attack and defence.

Shadow Legacy also brings with it a series of changes promised at the start of the year. The Map Ban phase is on the way, as is the contextual ping system that allows you to mark elements like traps and gadgets with unique HUD icons. There’s also the replay system, which will hold up to 12 full match replays. Other tweaks come in the form of Thatcher’s EMP now only temporarily disabling gadgets rather than destroying them, and a new accessibility menu that allows you to change crosshair colours to suit your eyesight needs. And, in a notable switch up for defenders, rather than having two reinforcements each, the entire team shares ten, meaning one player can put up all ten should they so choose. It finally means trappers can spend the entire prep phase focusing on their job rather than reinforcing.

Oh, and Chalet is this season’s map rework, with a fresh lick of paint and moderately redesigned floor plan. Not that Chalet ever felt like it needed a major rework, but hallelujah: the window in the kitchen is now gone. The new bane will likely be the freshly installed window above the snowmobile garage. Breaching that is going to be a bit trickier now the defenders have an overwatch sightline.

I think Shadow Legacy’s most important elements are the smallest ones; I foresee the scopes and hard breach gadgets becoming invaluable additions in very little time at all. But that doesn’t tarnish Sam Fisher’s reassignment to Team Rainbow. He’s not the flashiest operator in recent times – the ARGUS is almost dull compared to water breachers and holographic clones – but he provides a skill that’s universally useful for any attacking team. While the cameras may be easily shot if detected, full vision of an unexplored room allows for more precise intelligence than a Lion ping or Dokkaebi Logic Bomb. And in a game that thrives on intelligence, he might prove just the addition we need.

The Best New Movies Out Right Now, And How To Watch Them

Sun Aug 16 , 2020
Most theaters may be closed, but there’s still a number of solid new movies available to watch. Source link