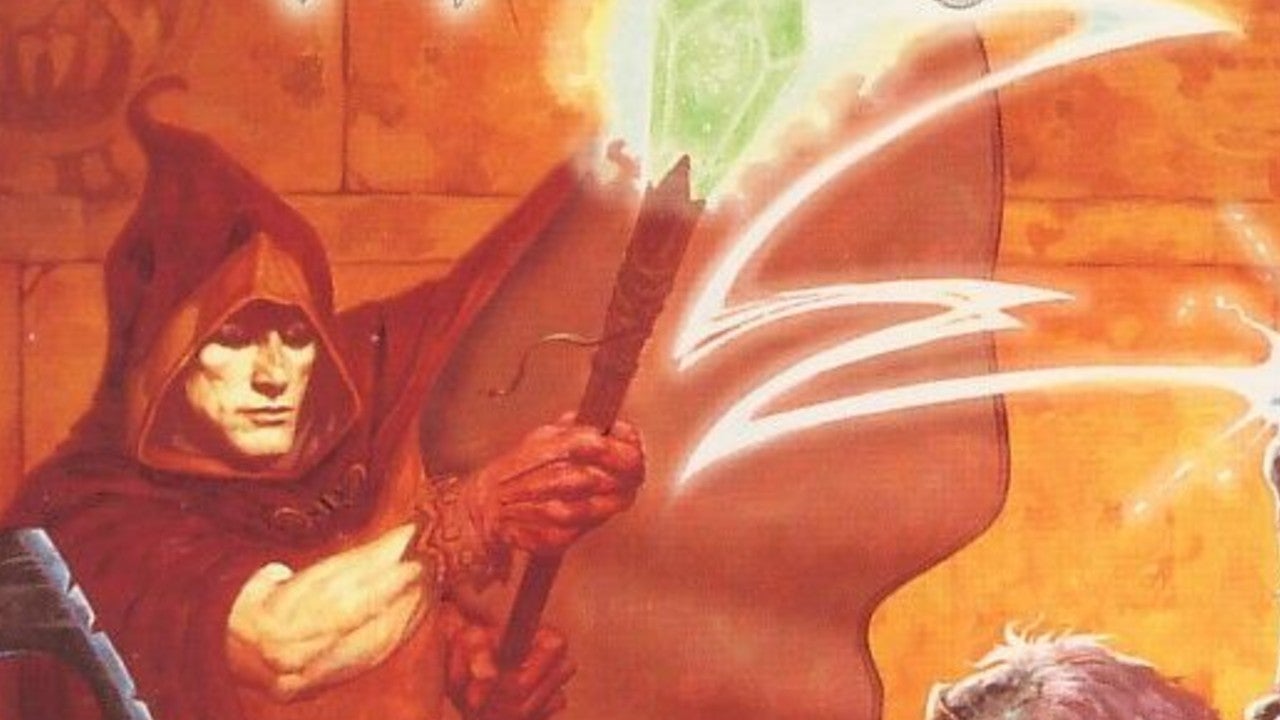 Raven Software co-founder Brian Raffel has revealed details on the development of the classic shooter, Heretic, including a comment from id Software’s John Carmack that helped the team home in on the game’s signature style.

Heretic has long been described as ‘medieval Doom’ or ‘fantasy Doom,’ and those are apt descriptions. When asked where the idea for Heretic came from, Raffel said, “The big story there is, [id] wanted to work with us. They wanted to do a fantasy game. It didn’t start out to be a ‘Doom fantasy.’ We started… typical D&D players, we first started designing the game and we got super deep into all this… you know… your Strength, Wisdom… all the usual stuff. And, of course, it’s a credit to John Carmack, here. He said, ‘Just do it like Doom, and add the fantasy flavor.'”

The fantasy setting isn’t the only notable departure from the Doom formula, however, as the game’s protagonist could also fly, a power Doom Guy could only dream of. “I have to call out Chris Rhinehart, who was one of our programmers at the time. Kind of a funny story about the flying… it’s so true, so many of these stories are these ‘happy accidents…’ Chris came up with the idea of moving the horizon line just up and down. It wasn’t a real calculation of flying, it was a hack… That was such a big event for us, and that gave us our unique flavor.”

While Heretic did get several follow-ups, whether they carried the Heretic or Hexen name, Raffel did comment on the possibility of a modern series entry or reboot. “Never say never… We get a lot of requests for it, for sure and, of course, I’d always love to do it. That’s for another day, I guess… We’ll see.”

In addition to his roles as Producer and Creative Director, Raffel humorously noted id Software co-founder John Romero bought the team at Raven their first work refrigerator, which was a big deal for them. “People don’t understand what game development was back then, but it was five guys in a basement. You go to Sam’s Club and get a case of Coke and chips, and you just sat at your desk all day… Those were fun days.”

For more interviews with the best, brightest, most fascinating minds in the games industry, check out be sure to check out every episode of IGN Unfiltered, which includes talks with The Game Awards creator Geoff Keighley, Master Chief co-creator Marcus Lehto, 343’s Bonnie Ross, Valve’s Robin Walker & Chris Remo, Respawn’s Stig Asmussen, and so many more.

Brian Barnett writes wiki guides, deals posts, features, and much more for IGN. You can get your fix of Brian’s antics on Twitter and Instagram (@Ribnax).