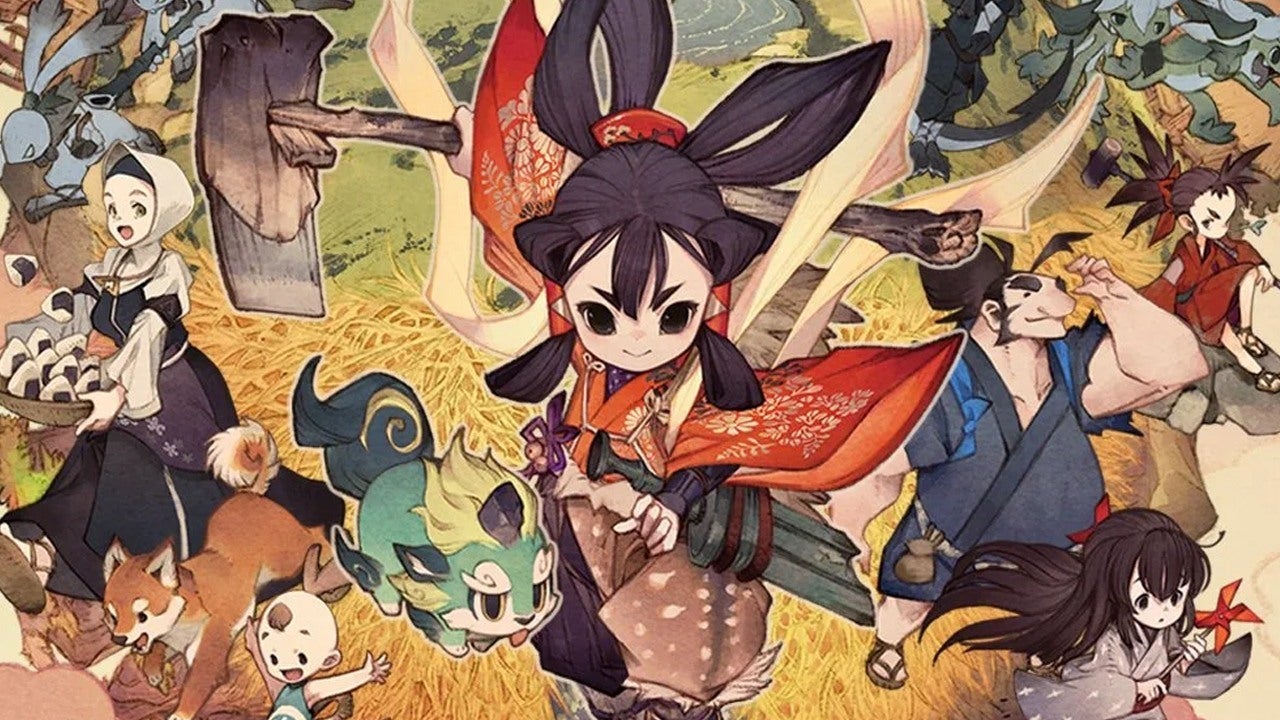 Releasing this November on Steam, PlayStation 4, and Nintendo Switch, Sakuna: Of Rice and Ruin is a “Japanese-style action RPG” primarily developed by just two people. Two months ahead of the game’s release, IGN Japan got an exclusive hands-on with Sakuna’s fast-paced action and detailed rice farming techniques – check out our video for 13 minutes of gameplay:

IGN Japan asked Naru and Koichi of indie developer Edelweiss for more details on the team’s latest project, which has been more than five years in the making.

“Sakuna: Of Rice and Ruin began as a sequel to Fairy Bloom Freesia,” Naru said, referring to an indie action title originally released in 2011, “It was abandoned due to technological and developmental problems at the time. I’ve always wanted to make it since then.” Development of the game has “exceeded five years” but he has been “grateful” that publisher Marvelous “never meddled with the game’s content”.

Sakuna: Of Rice and Ruin is a Japanese game by nature of its creators, but it is also a distinctly “Japanese” Japanese game based on its setting, presentation and character design, featuring divine beings and monsters. “At the time, there weren’t many Japanese-style high-end consumer games, so I thought maybe if we made such a game in 3D, it would be seen as distinct,” Naru said, noting that in the time it took to make his game, big titles like Sekiro: Shadows Die Twice and Ghosts of Tsushima have found mainstream success. “When those games came out I was all, ‘Whoa, these are super incredible!’, but since Sakuna is a Japanese-style anime fantasy, it’s not really competing with those games.”

Even the action has a Japanese flavor thanks to the heroine’s fashion sense: Sakuna wears a special kind of kimono called a hagoromono. “The hagoromono has been around since the beginning of the project,” Naru said. “It pulls enemies closer, or lets her approach them in a flash. It’s also fun for changing directions while in mid-air.” As seen in our exclusive gameplay footage embedded above, the hagoromono is also useful outside of combat as a kind of grappling hook.

Speaking of Japanese flavor, a major element in this game (and in the title) is rice. From plowing the field to planting the rice, then harvesting and washing it, nearly every aspect of growing and preparing rice is included in Sakuna: Of Rice and Ruin. “Originally, the game was supposed to incorporate building a village instead of rice cultivation,” Koichi said, “and that’s what was written into the plot.” He noted that a lot of video games at the time already featured that sort of mechanic, including “smartphone and browser games” which they wanted to differentiate their game from, hence the later change.

Rice cultivation isn’t just in the game for show, it’s integral to developing Sakuna as a character. Growing and eating rice helps her level up, a feature that Naru said “aids players who aren’t good at action games”. However, he warned that players cannot spend all their time farming to overlevel as “it gets harder and harder” with each crop. Conversely, players cannot choose to shun the farmwork and build all their strength on the battlefield. “As time goes by, you will definitely grow rice.”

Sakuna: Of Rice and Ruin is the largest game Edelweiss has created; Naru estimated that it takes “about 25 to 35 hours” to clear based on playtesting, even though when the project began “it was supposed to be a game that would end in about 10 hours”. The game will launch on November 10 fully voiced in both Japanese and English. With his parting words, Naru said, “It’s a game that deals with the unfamiliar theme of rice farming, but I hope overseas fans enjoy it.”

Surprise, Anne Hathaway’s The Witches Is Heading To Homes, And There’s A Trailer

Fri Oct 2 , 2020
You won’t need to leave the house to be terrified by Anne Hathaway in The Witches. Source link