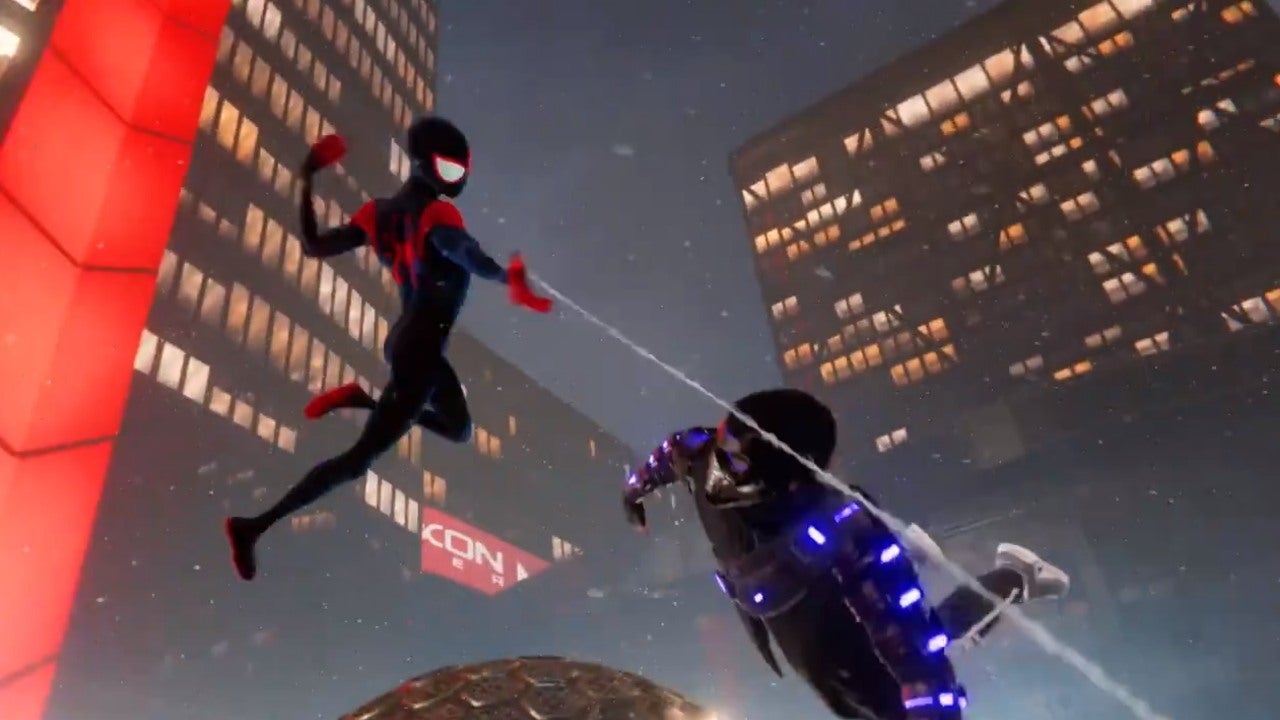 Marvel has revealed a ‘launch day bonus’ Into the Spider-Verse suit for Insomniac Games’ Spider-Man: Miles Morales, which will be available to both PS4 and PS5 players.

The suit, which is identical to the one worn by Miles in the animated movie, is not just a new skin for the game character; it’s actually animated to look like it’s at a lower frame-rate to recreate the distinct look of the movie. Alongside that, comic-book sounds appear in the world, just like in the Spider-Verse movie, including a great ‘ssspak!’ and ‘thock’ when hitting a goon. If you wanted a faithful recreation of Mile’s Spider-Verse moves, it looks like Insomniac Games may well be delivering the goods.

While the suit is described as a ‘launch day bonus’, Insomniac has clarified on Twitter that the Spider-Verse suit is available to all players and can be unlocked in-game like suits could be unlocked in the original Spider-Man. Pre-orders will just allow the suit to be unlocked from the start of the game.

Marvel’s Spider-Man: Miles Morales is a launch game for PlayStation 5, and will feature new famous villains as well as a new look for Peter Parker. For more, check out our round-up of all the gameplay details.

Fri Oct 30 , 2020
If you love Emma Stone, be sure to look out for these upcoming movies and shows, including Cruella! Source link