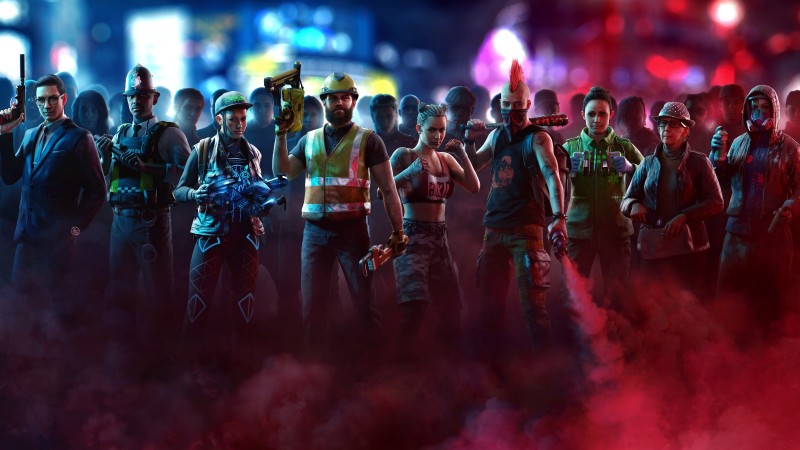 Watch Dogs: Legion is a beast of a game. Much of that has to do with the fact that you can control anyone and everyone, making it tough to decide where to go and who to recruit. After playing the game for review, I’ve come up with some helpful tips I wish I’d known during my early hours. Whether you’re new to the series or a Watch Dogs veteran, this spoiler-free beginners’ guide should help make your trip to London a smoother experience.

Start With Permadeath On

At the start of the game, players are presented with the choice to play with permadeath. If you agree, you’re free to turn it off later. Leave it off, however, and you can’t activate it for the rest of your playthrough. Unless you’re sure you don’t want to deal with losing agents for good, start with permadeath and see how you like it. I played the entire game with it on, and while losing a great agent feels like a gut-punch (often due to my own stupidity), it raises the stakes in a way that enhances the experience. 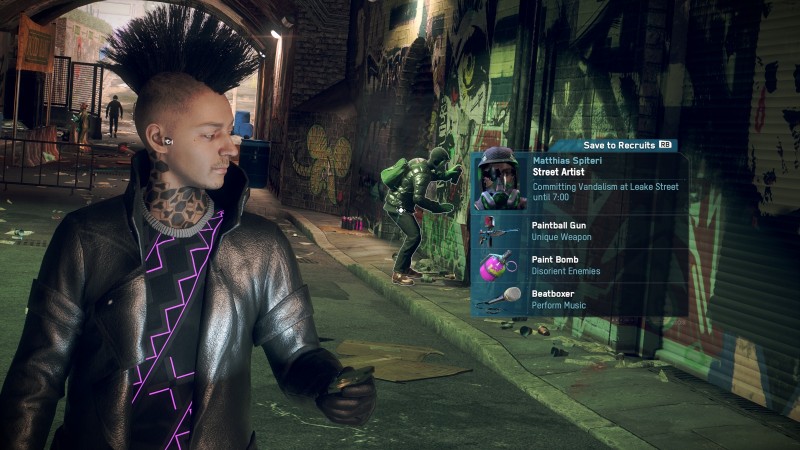 Given that literally everyone around you can be recruited, it can be overwhelming to decide which citizen to bring in first. As a rule of thumb, try to focus on folks with at least two skills. Three is even better, but uni-taskers are a waste – even if their one skill is amazing. I guarantee you can find dozens of others people possessing that same skill plus a few others.

For my team, I relied on three to four multi-capable agents for active field duty. I then filled the rest of my squad with members possessing team-wide passive skills. For example, I kept investors to earn money faster, doctors to reduce the time injured agents sit on the shelf, and even a fashion designer to reduce clothing costs. These players are meant to chill on the bench, but that doesn’t mean they can’t fight if an emergency calls them to action.

Bad guys turned babyfaces are worth gold. They take a little extra convincing (via an additional side quest), but they’re worth it as they bring their uniforms too. Wearing a clan outfit allows you to stroll into a respective faction area with relative ease. You just have to avoid getting too close to enemies so they don’t catch a good look at you. That’s an easy problem to avoid, and I can’t tell you how many sticky situations I’ve casually bypassed thanks to some good camouflage. Try to recruit at least one member of each faction ASAP, especially Albion enforcers. Once you have, it’s also worth tagging a few more during missions. That way you have potential replacements on file in case your active ex-villain goes down. You need a special skill to recruit enemies, but I’ll touch on that later. 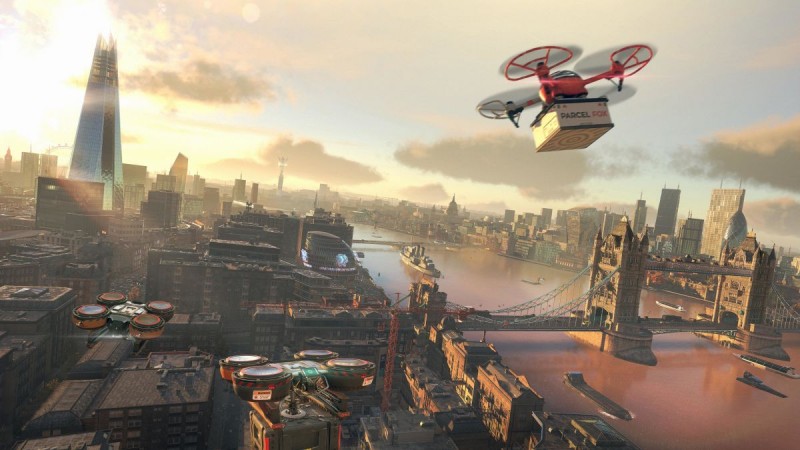 Clear Boroughs Sooner Rather Than Later

Red map icons mark borough uprising missions. Completing these tasks raises citizens’ defiance levels in that area, and finishing them all unlocks a big final mission. You want to prioritize clearing the city sooner rather than later. Doing so not only makes people easier to recruit, but higher-quality prospects start appearing more frequently. Additionally, the game straight up gives you a top-tier agent as a reward for completing a district. Borough uprisings rank among Watch Dogs: Legion’s most exciting missions, so there’s plenty of incentive to bang them out early.

Go For The Green Diamonds

See those green things? They’re tech points, and they’re used to purchase tech (obviously), as well as upgrades for said tech. They’re scattered all over the city, often behind a hacking or environmental puzzle, similar to Batman’s Riddler trophies. The more you pick up, the faster your arsenal grows, which means life in Watch Dogs: Legion gets easier sooner. Go out of your way to pick these up when possible. On that note…

What Skills To Get

Watch Dogs: Legion’s offers 24 skills, several with additional upgrades tied to them. To save you trouble and tech points, here are the skills worth acquiring early.

Don’t Be Afraid To Experiment

Watch Dogs: Legion encourages creative thinking so spend time messing around with its systems. If one route through an area fails, try finding another path or mixing up your loadout. Recruit citizens with wackier skills, like protestors and beekeepers, and take them for a spin. You can always murder them if they don’t work out. So get out there and retake London in whatever dumb way you see fit.

Spider-Man 3: Looks Like Another Fan-Favorite MCU Actor Has Arrived To The Set