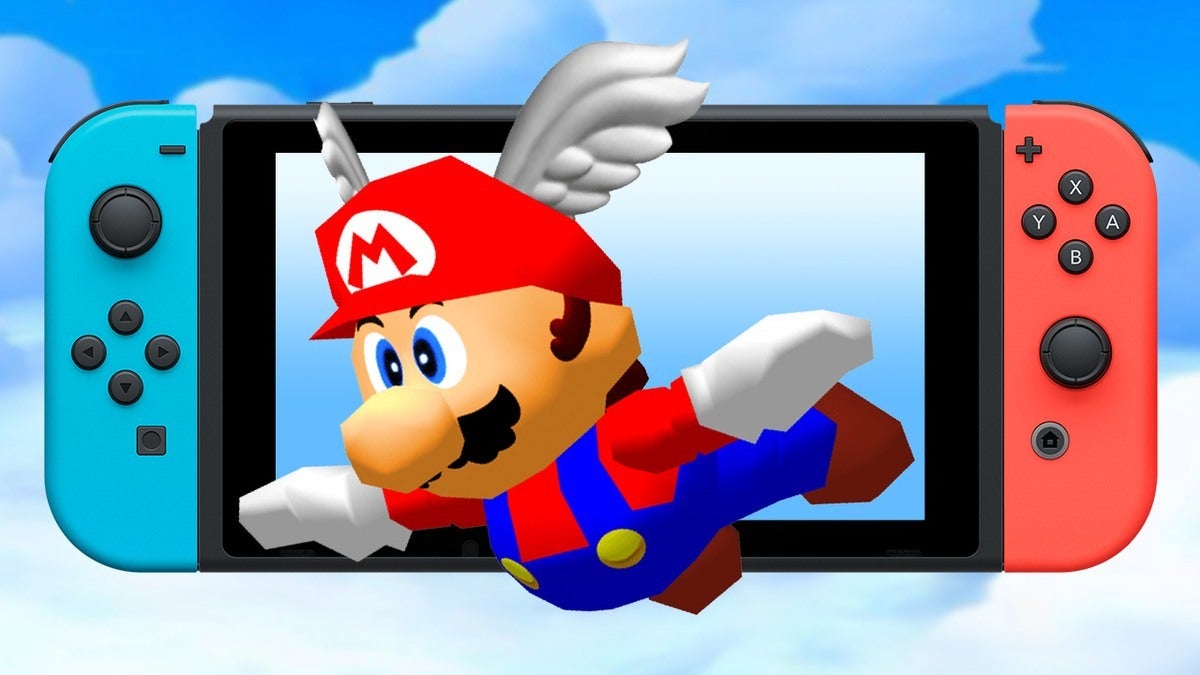 The long-rumored 3D Mario collection is finally real in the form of Super Mario 3D All-Stars, but it comes with a few concerns. Mainly, Super Mario 64 is a top speedrun game. So which version of the 24-year-old game makes the leap over to the Nintendo Switch matters a ton to a certain set of folks (myself included). And while the port looks pretty great, especially in handheld mode, unfortunately, it’s the version many of us were afraid to see.

Let’s break it down in the simplest of terms. Speedrunners mainly use one of two versions to speedrun Super Mario 64. The Japanese version which released on June 23rd, 1996 or the American version which came out September 29th, 1996. These two versions have quite a few differences, but they’re so small that most folks won’t even notice. Text scrolls differently, the Japanese version has fewer voice-lines, a couple of stars spawn differently, and Mario can even dab in the Japanese version. Other than that, you’re mostly playing the same game, glitches and all.

Enter the Super Mario 64 Shindou edition. It was released in July 1997 and is often considered the definitive version of Mario 64. The biggest consumer-facing change is the addition of Rumble Pak support. But it also includes a few subtle differences as well: Mario now spins around a pole or tree when he grabs on, various sound effect changes have been made (most famously when Mario throws Bowser), and the Shindou edition’s intro screen contains a fun little easter egg when you press the Z-trigger. Of course, because this version came out well over a year after the original release, it also includes various bug fixes, most notably removing Mario’s ability to perform a BLJ (or Backwards Long Jump). It’s for this reason most speedrunners will not be leaving their original hardware behind for the shiny new Switch port.

What Even Is a Backwards Long-Jump?

First off, what is a backwards long-jump and why is it important to speedrunning Super Mario 64? The game has several main categories that speedrunners currently run through: 0-Star, 1-Star, 16-Star, 70-Star, and 120-Star. Of these five categories, 0-Star, 1-Star, and 16-Star all require the ability to backwards long-jump. It’s not required in 120-Star, but there are certain times speedrunners use it to speed a few things up. 70-Star is the only category that doesn’t use BLJ’s and that’s because its technically the no-major-glitches category, so BLJ’s are banned.

Backwards long-jumps are pretty technical in how they work, so I’ll attempt to explain it the simplest way I can. When running forward, Mario gets a bit of a speed boost when long-jumping. But the designers put a speed cap in the game, so no matter how many consecutive long jumps you use, Mario will never be able to exceed the speed limit. When Mario is running forward, his speed value is positive, when he’s standing still it’s zero, and when he goes backwards it’s negative. While there is a speed-cap on Mario’s positive movement value, there isn’t one on his negative value. So when you’re long-jumping up stairs normally, you can chain a lot of them together quickly, but the positive speed-cap will always keep Mario from going too fast. Long-jump up the stairs backwards though, and it’s a different story. Now that we have the ability to move faster than the game intended, it allows Mario to skip frames which enables him to pass through solid objects.

So Why Can’t I Backward Long-Jump On Nintendo Switch?

So what’s different in the Shindou Edition? Well, they added a speed-cap to Mario’s negative movement. Without the ability to gain instance speeds, he can no longer boost upstairs or through walls. So yes, technically 70-Star is still an option for speedrunning in the Nintendo Switch version of Super Mario 64, but sadly, every other category will need to stick to their original hardware.

[poilib element=”accentDivider”]
Mark Medina is an Editorial Producer for IGN who is currently the 319th fastest 16-Star speedrunner in the world for Super Mario 64. You can follow him on Twitter @Mark_Medina.