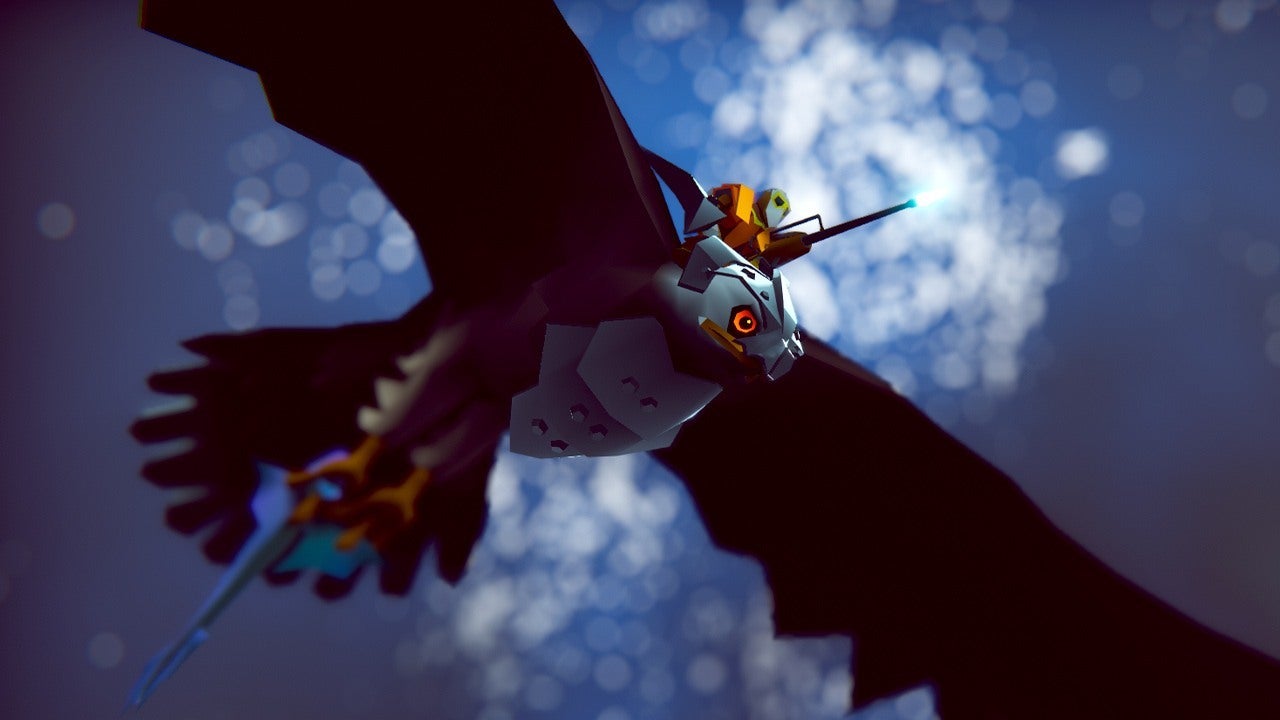 It’s tough for just about any game to get noticed these days, and even trickier for a one-man indie game launching on the Xbox Series X alongside 30 other choices. But maybe this will do the trick: what if I told you that, in some loose but refreshingly familiar ways, The Falconeer feels like something of a spiritual successor to the beloved original Xbox aerial combat game Crimson Skies?

To be fair, you’re on a giant Warbird here, not in a plane, and you can’t dismount and wander around on land. And the setting is pirate-fantasy rather than an alternate-reality post-World War I. But both are aerial dogfighting games where you’ll need to dive, roll, and evade your targets in spectacular fashion. They also both take place out on the high seas as well, and both give me the same exhilarating feeling in combat. For whatever reason, games like this don’t come around too often, and as such The Falconeer feels fresh and new.

The Falconeer makes a reasonable attempt at worldbuilding, but at first it’s all pretty dense. The story isn’t told through cutscenes; rather, it’s dictated to you by characters in the world. You’re a Warbird pilot in The Great Ursee, trying to defeat the bad guys while also taking on the occasional side job. You can upgrade your Warbird along the way, too, with mutagens that up its stats while you level up as its pilot. The stylized graphics probably won’t blow you away on the Series X, but of what I’ve played on the new Xbox so far, The Falconeer’s 120fps option is the most impressive high-framerate game I’ve seen; I wish I could properly show it to you on this video. It’s glass-smooth no matter how much you whip the camera around, even in the most heated of battles, and it still hits 1800p in this mode. Dial it down and you’ve got a rocksteady 4K at 60fps.

Maneuvering takes a bit of getting used to, but is really fun once you get the hang of it. Speeding to your next objective can be aided by holding the left bumper, which drains your stamina. But simply dive back down towards the water (be careful not to hit it, though fortunately you won’t die if you do) and you’ll recharge that meter. Do rolls with the right bumper, and hold left trigger to slam on the air brakes for even tighter 180’s. Cycling through targets by pressing the X button couldn’t be simpler. It all adds up to an easy-to-pick-up, moderate-to-master control scheme that will have you outdueling your rivals in no time.

I do think there’s too much idle downtime en route to or on the way back from mission spaces, and the introductory loading screen doesn’t do a great job of easing you into The Falconeer’s lore, but it is worth a look on either Xbox, for sure. It’ll be on Xbox Game Pass when it launches on November 10 alongside the Xbox Series X, so you’ve got no excuse.