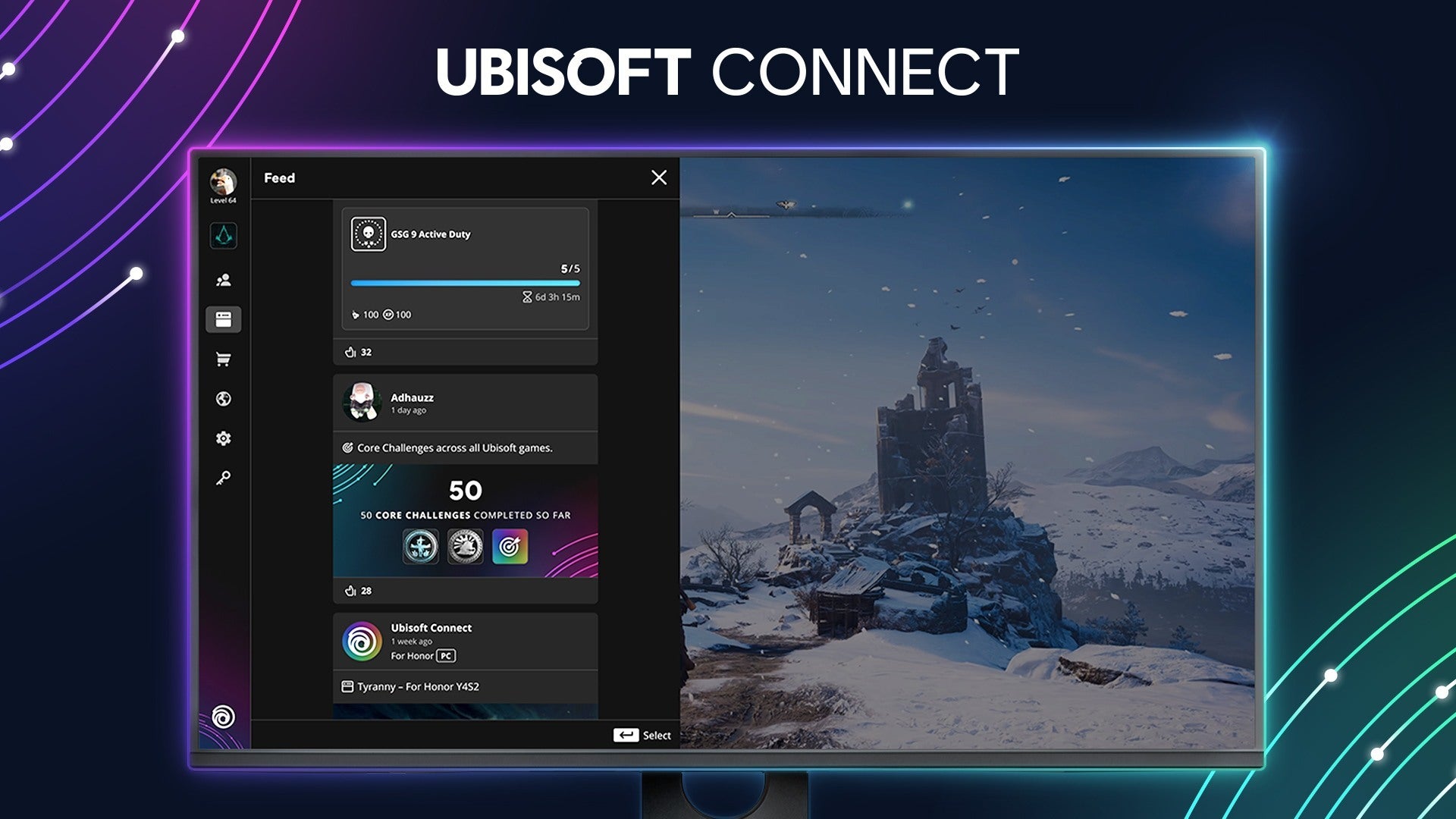 Ubisoft has announced Ubisoft Connect, a new player service that combines and expands upon its two existing digital services: Uplay and Ubisoft Club. Players will be able to track their progress in any Ubisoft game while earning exclusive rewards through its loyalty program.

Ubisoft Connect is a new “universal interface” that will be available on all platforms and work with all Ubisoft games starting with Watch Dogs: Legion. With a single button press, players will be able to pull up a refreshed in-game overlay on PC and consoles that features all your standard overlay toolkits.

Track your activity, see which friends are online, and check in on a game’s community. Ubisoft Connect will also provide “Smart Intel” which is a feature that delivers gameplay tips and videos based on a player’s game activities. Not unlike the new game help feature in the PS5 UI.

Also included is a points-based rewards service where players can tackle time-limited and community challenges to earn rewards, and then exchange the earned points for exclusive digital goods. These can be cosmetics like skins or weapons or also XP buffs.

Ubisoft tells IGN that the rewards program is massively popular in live-service games like Rainbow Six: Siege, but the rewards experience will be brought to single-player affairs like Assassin’s Creed: Valhalla, Immortals Fenyx Rising, and more. So players may be able to earn exclusive cosmetics through Ubisoft Connect in those games as well.

Speaking to IGN Stephanie Perotti, VP of Online Services says Ubisoft Connect is meant to unify Ubisoft’s full player services into one global expe5irence that it will be provided on all Ubisoft games on all platforms.

For players, the most exciting part will likely be tied to the rewards, which can be earned by completing challenges through Ubisoft Connect on any Ubisoft games. Perotti says that in the past the systems for earning rewards were “rigid” and that with Ubisoft Connect the process should be more fluid.

Perotti said that in a game like Rainbow Six, for example, there are a set number of achievements that will eventually be completed. With Ubisoft Connect, developers can regularly introduce new challenges for players who might be brushing up against all the challenges in a single title.

When asked if Ubisoft designed its interface to not clash with existing overlays, Ubisoft Connect’s Creative Director Charles Huteau said, “For sure we took into account all the other interface you can have on other platforms. What was key for us is not to compete with those interfaces but to bring something that goes along and offers you additional content that only Ubisoft can bring you.”

At launch, Ubisoft will unlock over 1,000 legacy Ubisoft Club rewards for free to all players so that more rewards can be introduced through Ubisoft Connect. Ubisoft Connect will be available on Windows, Xbox One, Xbox Series X|S. PlayStation 4, PlayStation 5, and Nintendo Switch and it will be released on October 29 with Watch Dogs: Legion.

Wed Oct 21 , 2020
If you love Anne Hathaway, here are a few movies you can look forward to… Source link