Ubisoft has decided to remove the black raised fist imagery from Tom Clancy’s Elite Squad’s intro, as it has been deemed “insensitive and harmful” and appears to connect a fictional terrorist group called Umbra to the Black Lives Matter movement.

Ubisoft posted its statement on Twitter, and confirmed it will be removing this “raised fist” imagery from Tom Clancy’s Elite Squad in the next title update on Tuesday, September 1 on Android and “as soon as possible on iOS.” 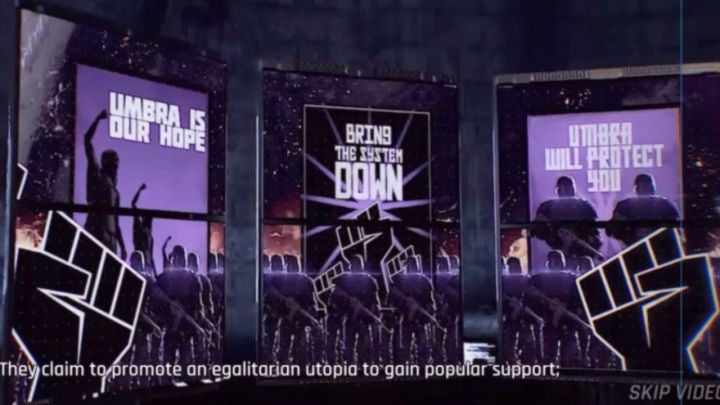 “Imagery that appeared in the opening video sequence of Tom Clancy’s Elite Squad featuring a ‘raised fist’ was insensitive and harmful in both its inclusion and how it was portrayed,” Ubisoft tweet reads. “We have listened to and appreciate the players and the broader community who have pointed it out and we apologize. This ‘raised fist’ imagery will be removed in the next title update this Tuesday, September 1 on Android and as soon as possible on iOS.”

In Elite Squad’s intro video, the narrator describes Umbra, this fictional terrorist group, as “a new threat has emerged to take advantage of escalating civil unrest.” It continues by calling them a “faceless organization that wants to build a new world order.”

When the narrator says “They claim to promote an egalitarian utopia to gain popular support,” the “raised fists” in question come into view. The raised fist has been used for many years as a symbol for revolution, and most recently has been used by those in the Black Lives Matter movement in the fight against police brutality and systemic racism.

This controversy is yet another one for Ubisoft, a company that has been dealing with the fallout of the multiple sexual allegations against some of its employees.

Ubisoft has committed to “major changes” and is putting systems in place to ensure these issues will not happen again.

Sat Aug 29 , 2020
Fans aren’t the only ones doing double takes when it comes to Colin Farrell’s appearance in The Batman. Source link