The Xbox Series X is finally out and scalpers are already selling the new Microsoft console for over $1000 on sites like Amazon and Ebay.

Anyone that’s closely followed a new console launch knows that scalping is an unfortunate side effect of the demand. The Xbox Series X was a tough console to preorder back in September when preorders went live across sites like GameStop, Walmart, Target, and more. The sites were crashing all day and the consoles were sold out in a matter of hours. That only increased the demand for the console and now scalpers are trying to cash in on that demand by selling the console for well over its standard purchase price. 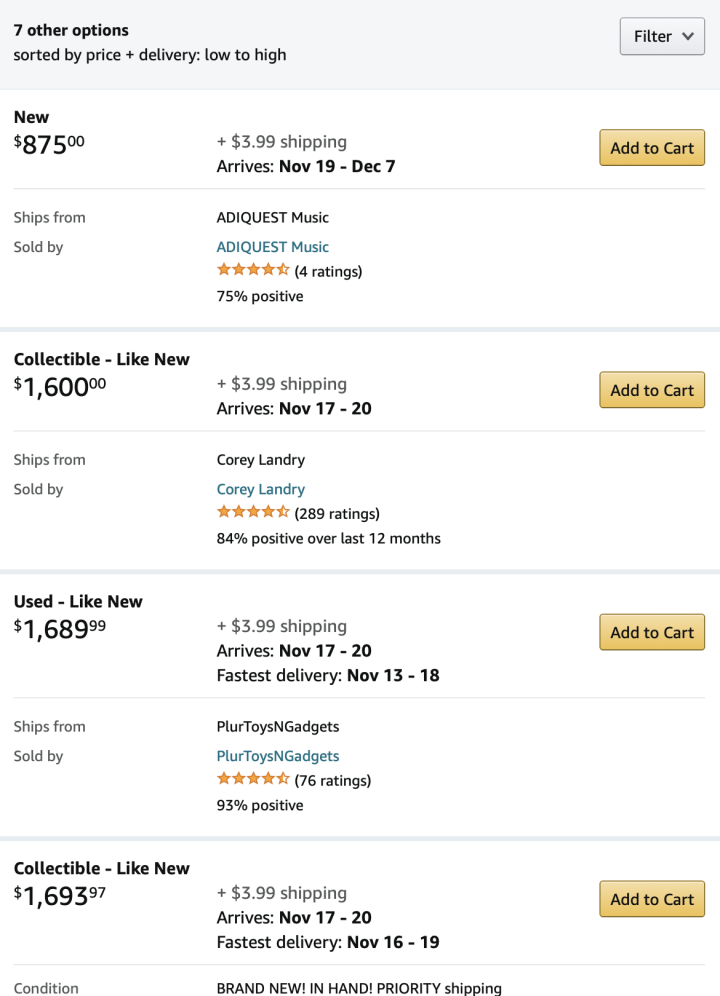 You can see what Amazon looks like for those trying to get an Xbox Series X ordered today in the screenshot above. The site is no longer selling it from its own warehouses, but third-party sellers are still selling the console there. They are, of course, free to make the price whatever they want, which is why we’re seeing prices as high as $1693.

Amazon is not unique in this dilemma — the console is listed at $800 and higher on eBay, though prices on the latter retail site haven’t gone as high as Amazon’s second-hand pricing just yet.

Meanwhile, Xbox and retailers have confirmed that more units will become available at launch and in the weeks to come. Here’s where to preorder the Xbox Series X and Xbox Series S when they come back online. Here’s how to find an Xbox Series X or Series S in stock at launch. In other unfortunate Series X news, we learned today that Amazon is telling buyers that some Xbox Series X preorders won’t arrive until the end of December.